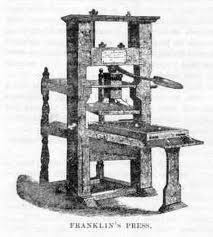 "All successful newspapers are ceaselessly querulous and bellicose. They never defend anyone or anything if they can help it; if the job is forced on them, they tackle it by denouncing someone or something else."  H.L. Mencken

H.L.Mencken was a newspaperman who had ink running through his veins.  He started working for newspapers when he was 18 years of age.  He understood that the nature of media is defined in opposition to something or someone.  All media measures success in terms of the extent to which it can get us riled up and stampeding in a certain direction.

If you want to understand any and all media you must start with this simple question, "Who are they against?"

1) The Wall Street Journal is against those who oppose capitalism and free trade.

2)  Fox News is against the left-leaning mainstream media.

4) The Osservatore Romano is against non-Catholics.

5) The New York Times is against  the unpretentious and all those not employed by the US government.

A blog is a form of micro-media.  "What," you may reasonably ask, "is Commander Kelly against?"  I am against big government, human slavery, intellectual dishonesty, the forgetting of history, Prohibition, humorlessness and all forms of Yoga.