The Admiral Graf Spee was a German "pocket battleship" of ten thousand tons that was launched with considerable Nazi fanfare in 1936.  She was armed with six 11" guns in two triple gun turrets.  She was a fast ship capable of cruising at 28 knots.  Prior to the German invasion of Poland which commenced on September 1939 the Graf Spee was ordered to deploy to the South Atlantic.  With the outbreak of WW2 Captain Hans Langsdorff led her on a spree of destruction in the waters of the South Atlantic.  She sank nine merchant vessels accounting for a tonnage greater than 50,000.

The Royal Navy responded by vectoring in three warships to confront the Graf Spee...the HMS Ajax, HMS Achilles (Royal New Zealand Navy) and HMS Exeter.  This intercepting fleet of cruisers was commanded by Commodore Henry Harwood.  Each of the three Allied ships was smaller and less formidably armed than the Graf Spee.  But Harwood relied upon superior numbers to take on the Graf Spee at the Battle of the River Plate which was fought on December 13, 1939.

The battle was inconclusive.  The Graf Spee inflicted damage on the three Allied ships but was also damaged herself.  Captain Langsdorff was wounded twice by splinters while standing at the bridge.  The Graf Spee was forced to retreat to the Uruguayan capital of Montevideo where Langsdorff requested two weeks time to make repairs to the ship.  Uruguay, a neutral nation, only permitted the Graf Spee 72 hours to repair the vessel.

Langsdorff believed, mistakenly, that more than three Allied ships lay in wait to intercept the Graf Spee if it should leave Montevideo.  He decided that a second Battle of the River Plate was not worth the risk.  He chose to scuttle his ship on December 17 outside Montevideo harbor.  He then proceeded to Buenos Aires where he blew his brains out in a hotel room while lying in the ship's ensign.  Many German sailors and officers, stranded in Uruguay, made their way to Argentina for the duration of the war.  Artifacts from the wreck of the Graf Spee have been recovered over the years since.  Many were sold to collectors.  A few can be found at the Maritime Museum of Montevideo...http://www.histarmar.com.ar/Museos/MuseoNavalMontevideo.htm.

Winston Churchill, head of the admiralty in December 1939, celebrated the Allied victory over the Graf Spee with gusto.  Churchill knew that Harwood and the British had essentially bamboozled Langsdorff into overestimating Allied naval strength in the South 'Atlantic.  Had the Graf Spee chosen to challenge the Allied blockade of Montevideo she could, perhaps, have damaged a British cruiser and escaped to wreak more havoc upon Allied merchant shipping.

The legacy of the victory over the Graf Spee lives on.  The Royal Navy, the nation's senior service, has had a proud winning tradition from Drake to Nelson.  In 1982 the Royal Navy would be tested again when the Argentine Junta invaded the Falklands islands.  Thatcher dispatched a Royal Navy fleet 8,000 nautical miles to the South Atlantic to liberate them from Argentine control.  The United States remained officially neutral but Reagan helped to provide fuel, ammunition and intelligence in the campaign.  The Argentine Cruiser Belgrano was torpedoed and sunk on May 2, 1982 by HMS Conqueror costing 323 lives.  The Belgrano has originally been the USS Phoenix -- a Brooklyn class cruiser in the US Navy.  She was a veteran of Pearl Harbor and had once served as MacArthur's flagship.

Tourist Notes: The Maritime Museum of Montevideo is a small but excellent institution which preserves Uruguayan naval history...http://www.histarmar.com.ar/Museos/MuseoNavalMontevideo.htm.  They even have a cannon from the HMS Agamemnon that was captained by Horatio Nelson.

Many of the Uruguayan wines are delicious.  I particularly enjoyed the Tannat Reserve produced by Bodega Garzon...https://bodegagarzon.com/en/wine/reserva-tannat-2016/.
Finally, when you visit Uruguay's capital don't forget to bring some quarters -- in order to play the Montevideo games!

Posted by Commander Kelly at 8:53 AM No comments:

Madeira is a small but beautiful island off the coast of West Africa.  It is a hilly mountain rising up from the sea.  A fertile garden archipelago surrounded by blue.

The Greek philosopher Plutarch described two islands off the coast of Africa as being the isles of the Blessed.  There is some evidence that Vikings may have visited these islands.  But it was really two Portuguese captains who officially discovered these islands in 1418.  One of these, João Gonçalves Zarco, was appointed first captain of Funchal by Henry the Navigator (1394 - 1460).  Henry was the prime mover behind the Portuguese era of exploration.  Under his leadership, the Portuguese began to colonize Madeira after 1420.  Funchal remains the capital of the Madeira archipelago.

In 1617 Barbary corsairs from North Africa raided Porto Santo and captured around 1,200 people.  During this period the Barbary pirates were raiding throughout the Mediterranean and as far as Ireland.

Madeira is famous for its sweet wine that has been produced for centuries.  Thomas Jefferson was a fan of madeira wine.  The USS Constitution was christened in 1797 with a bottle of madeira.  The fortified wine was immortalized in the ribald Flanders and Swann song Have Some Madeira M'Dear...

Lying near the equator the island was fertile and suitable for growing sugar cane.  Slave labor from Africa was utilized in the sugar plantations. 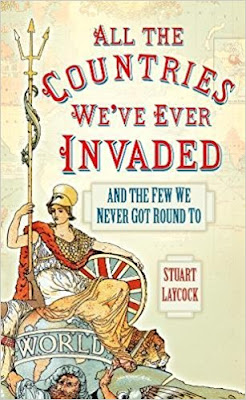 In 2012 my coauthor, Stuart Laycock, wrote a book called All the Countries We've Invaded...And the Few We haven't gotten around to (https://www.amazon.com/All-Countries-Weve-Ever-Invaded/dp/0750952121/ref=sr_1_1?crid=1ELTYR1LS8YWE&keywords=all+the+countries+we%27ve+ever+invaded&qid=1638388447&sprefix=all+the+countries+%2Caps%2C1515&sr=8-1).  He describes how the British have invaded or fought in 90% of all the countries in the world.  The British invaded Madeira as well.  In 1801 they first occupied occupied Madeira.  The left in 1802 in accordance with the Peace of Amiens only to reoccupy the island in 1807.  They held onto the island until the end of the Peninsular War when they returned control of the island to their Portuguese ally.

Winston Churchill was fond of Madeira.  He, like so many other tourists, arrived in Funchal in January 1950 from a cruise liner -- the Durban Castle.   He and Clemmie stayed at Reid's hotel which has recently reopened after a brief closure due to the Covid-19 pandemic (https://www.belmond.com/hotels/europe/portugal/madeira/belmond-reids-palace/).  Churchill enjoyed painting the islands' scenic landscapes. 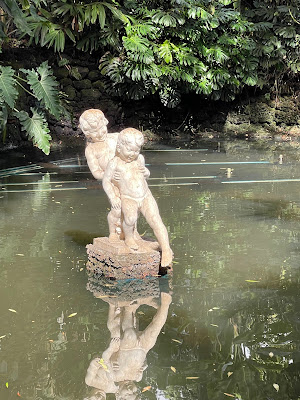 In March of 1916 Imperial Germany declared war on Portugal in World War I.  As a result, war came to the normally peaceful Madeira islands later that year on New Year's Eve, 1916 when a German U-boat crept into Funchal harbor and sank one British and two French vessels.  The aggressive German sub rose to the surface and proceeded to bombard Funchal with its deck guns.  Three residents were killed in the attack which lasted about two hours before the U-boat was driven off by shore batteries. 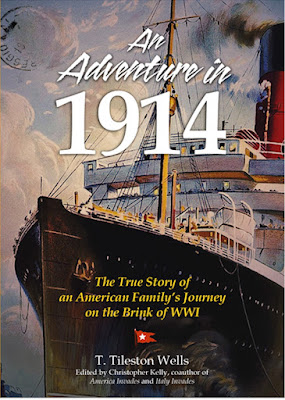 Karl I, the last emperor of Austria Hungary was exiled to Madeira after World War I.  The last Hapsburg monarch died of bronchitis at age 34 and is buried at the church of Our Lady of the Mount in Madeira. The assassination of his older brother, Franz Joseph, in Sarajevo in June of 1914 was the even that triggered the start of World War I.  My great grandfather, Thomas Tileston Wells, was crossing the Atlantic to Europe with his wife and family at the time of the assassination (www.anadventurein1914.com).

In 2019 about 1 1/2 million tourists visited the Madeira archipelago which compares with a local population of about a 1/4 million.  Tourism accounts for about 20% of the local economy.

Commander K says by all means, "Have some Madeira, M'dears!"

Tourist Notes: I had the pleasure of visiting Madeira in November 2021 while sailing with the Viking Jupiter from Barcelona to Buenos Aires.  Viking is an excellent Cruise line...https://www.vikingcruises.com

Posted by Commander Kelly at 1:12 PM No comments: