(Author's note: Please note that this blog was written BEFORE the death of 13 American service personnel in Afghanistan on August 26, 2021.  And also before President Biden had the temerity to describe the American experience in Afghanistan as an "extraordinary success"-- certainly it was for the Taliban!  When I wrote this I was very much afraid that some of the lumbering troop transport planes could become sitting duck targets while landing and taking off from Kabul airport.  We do know that some of these planes were fired upon.  So I suppose that things might have been even worse than they actually were.  As usual, it will take years for the full story of the War in Afghanistan to be told with accuracy and perspective.)

What a long strange trip it's been!  Nearly 20 years ago, following the 9/11 attacks, America boarded the Afghan taxi invading the mountainous country that harbored Osama Bin Laden and Al Quaeda.  In August of 2021 the Afghan taxi screeched to a halt and its surly driver demanded that its American passenger leave the vehicle.  The meter has been running for twenty years as America's longest war ground on.

* Over 2,300 Americans were killed in combat in Afghanistan

* Many thousands more were wounded in body in and mind

Now it seems that our Afghan taxi is dropping us off right where it picked us up 20 years ago.  The Taliban is now triumphant.  They currently occupy more Afghan territory that they did in 2001.  Afghanistan will be a haven for terrorists and anti-American extremists.  Al Quaeda and Isis will return to Afghanistan.

President Truman was blamed for "losing China"in 1948.  Biden will, more justifiably, take the blame for losing Afghanistan in 2021.  Robert Gates said that Biden had been wrong on every foreign policy decision for the last forty years.  Gates' verdict on Biden's appalling lack of judgement seems to be vindicated by events unfolding in Afghanistan.  A massive treasure in blood and treasure appears to have been squandered in hopeless nation-building that took place over four American administrations.

By reinforcing failure in a desperate attempt to extricate Americans and those Afghans who supported us, the Taliban is now left holding approximately 5,000 American potential POWs.  Twenty years ago we were shocked to see Americans were falling out of buildings.  Today we are shocked to see Afghan loyalists are falling from American airplanes in Kabul. 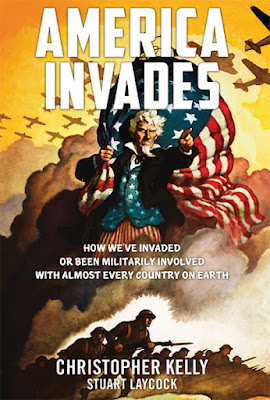 In the Afghanistan chapter of our 2014 work, America Invades, we wrote, "The attitude towards warfare in Afghanistan is very different from that in the technologically focused West. “Our enemies have the watches,” some Afghans used to say, “but we have the time.” It appears the Western presence may have run out of time in Afghanistan."  (www.americainvades.com)

In 2021 under Biden that prophesy came true.

Could the situation in Afghanistan have been managed better?  Unquestionably, the answer is yes.  The strategic value of Afghanistan plummeted like a rock in 2011 following the death of Osama Bin Laden. (see earlier post on US Navy Seals...https://www.blogger.com/blog/post/edit/4122629330054677829/3366282885862768943). That was the time for an orderly American pullout.  An election year in 2012 made that problematic.

Afghanistan has long been known as the "graveyard of empires",  Alexander the Great campaigned in the region.  The Romans followed for a while around two thousand years ago.  The British fought several disastrous wars in Afghanistan (depicted famously in Elizabeth Thompson's 1879 painting Remnants of an Army).  The country became Russia's "Vietnam" in the 1970s. -- a bleeding ulcer that doomed Soviet Communism.  Now it is the turn of the American superpower for humiliation.  Afghanistan seems less a country than a swirling vertiginous vortex of endless tribal conflict.

The Afghan Taxi runs not on oil or electricity, but rather on poppies.  The poppy remains the only consistent Afghan commodity of value to the world.  Its important role in end of life pain control has long term economic value for the Afghan state.  The USA ought to have pulled its troops out years ago and sent the drug companies in.  Private security companies paid for by big Pharma might possibly have facilitated some measure of stability in the country.  But now that is mere speculation.

While we are speculating, however, we may ask who will be the next passenger for the Afghan taxi?  The Chinese?  The Iranians?  The Pakistanis?  Caveat emptor!

We Americans now know that we were taken for a ride.

Posted by Commander Kelly at 10:01 AM No comments: 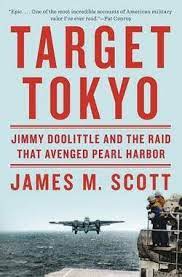 In the recently concluded Tokyo Olympics, Americans won 113 medals including 39 gold medals -- more than anything other nation.  Evidently many American athletes have been targeting Tokyo for some time now with their training.  Congratulations to the American athletes and all Olympians.  In April of 1942, eighty young Americans were targeting Tokyo as -- but their intention was to bomb it.  Doolittle's Raiders were  responding to the Japanese attack on Pearl Harbor which was being planned exactly 80 years ago.  Dooltttle's Raiders did not win gold but their efforts materially helped to win World War II and create a lasting peace in which events such as the Olympics can take place.

Less than six months after the catastrophe at Pearl Harbor the USA launched an attack on the Japanese homeland.  Sixteen US Army B-25 bombers launched from the deck of the USS Hornet and led by forty five year old Jimmy Doolittle would avenge Pearl Harbor and make history.  Doolittle was a 5'4" dynamo of a man from Alaska who had trained as a pilot for World War I.  The Great War ended before Doolittle ever saw combat.  Between the wars, Doolittle became an accomplished racing aviator and barn stormer.  In 1930 he left the Air Force to join Shell oil company.  In January 1942, General "Hap" Arnold of the US Army Air Corps summoned Doolittle back to the military for "the most important military assignment of" his life.

The B-25 "Mitchell" twin engine bomber was not as famous as the B-17 or the B-29 that succeeded it.  It did offer a 3,500-pound payload.  It only required 5 airmen to operate as opposed to 10 on a B-17.  Scott informs us that the B-25 "was chosen for the Tokyo raid for one reason -- its sixty-seven foot wingspan would clear the superstructure of an aircraft carrier."

The Doolittle Raiders were all on a one way flight.  The B-25 had a 1,300 mile range.  It could take off from a carrier but could not land on one.  The Raiders' mission was to bomb Tokyo or other targets in Japan and then to fly on to airfields in Nationalist China.  Three minutes after the last B-25 roared off the Hornet's deck Admiral Halsey ordered the carrier to turn back to Pearl Harbor.  One of the Raiders, low on fuel, would fly north from Japan to a landing field in Soviet Siberia.  That B-25 was the only one that landed.  Their crew would suffer a harsh captivity in Soviet hands before eventually being allowed to "escape" across the border into Iran.  All the other Raiders followed their orders attempting to fly to China with most of the crews bailing out via parachute.

Three Raiders were killed on the day of the Raid. The Japanese executed three crew members that were subsequently captured in Japanese-occupied China.  Second Lieutenant Robert Meder starved to death in a Japanese prison camp.  Twelve other Raiders would subsequently be killed during the war.  The remaining 61 Raider survivors would celebrate their feat in memorable reunions that ran up until the last was held at the USAF Museum in Dayton, Ohio in 2013.  Richard Cole of San Antonio, Texas was Doolittle's copilot and the last surviving Raider; he died in 2019.

FDR, when asked by reporters for the launching base for the Doolittle Raid, told them that they came from Shangri-La (a fictional place described in the 1933 novel Lost Horizon by Jame Hilton).  Before the days of Instagram, secrets could be kept! 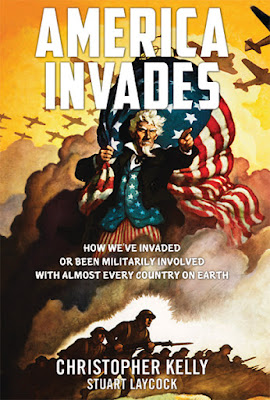 In America Invades (www.americainvades.com), we wrote, "The raiders inflicted minimal physical damage, but the psychological impact was enormous as the Japanese felt compelled to initiate the disastrous (for the Japanese) Midway campaign to prevent future American air attacks on their homeland."    On April 18, 1942 bombs were dropped on targets in Tokyo and other Japanese cities.  The Yokosuka naval base, for example was hit.  Some Japanese civilians were killed in the Raid and Japanese propaganda attempted to make the most of this in their reporting.  The Emperor's Palace was strictly forbidden as a target.

By far the greatest casualties of the Raid were suffered by the Chinese civilian population.  Many Chinese had aided the American aviators.  For this they paid an awful price.  Scott informs us that as many as a quarter million Chinese were killed in retribution for the Doolittle Raid.  The Japanese employed gruesome torture methods and even employed bacteriological warfare to exterminate whole towns and villages.

The Doolittle Raid confirmed for the Japanese their plans to launch their attack on Midway.  To prevent a future attack on the Japanese homeland the defensive perimeter of the Greater East Asia Co-Prosperity Sphere had to be expanded.  Their plans called for Japanese marines to invade and occupy Midway Island.  The Midway campaign was a catastrophe for the Japanese who lost 4 aircraft carriers and control of the Pacific in the June 1942 battle.  The tide of battle had decisively turned in the Pacific.

In the closing days of the war, the Japanese home islands would be subjected to an unrelenting bombing campaign waged by B-29 Superfortress bombers.  This aircraft was so powerful that it,"staggers the imagination" according to Jimmy Doolittle.  A two day incendiary raid abasing Tokyo in March of 1945 killed over 83,000 people and left a million homeless.  In all Allied bombing would kill 330,000 Japanese and injure a further 475,000.  The atomic bombs dropped by B-29s on Hiroshima and Nagasaki ended the most destructive war in human history and seared a wound into the human psyche that endures to this day.

World War II in the Pacific was a colossally brutal war.   We may be grateful that brave young Americans answered the call to volunteer for the Doolittle Raid over Tokyo.  Their heroism helped earn the enduring peace that we enjoy to this day in the Pacific and most of our world.

Posted by Commander Kelly at 4:00 PM No comments: