The Real Spirit of Chartwell!


Winston Spencer Churchill (see earlier post, Churchill War Rooms, 2/1/12) has been acclaimed the greatest Briton of all time.  In addition to being Prime Minister (twice) of Great Britain he was a Nobel prize winning (earned!) historian who cared deeply about the impact of the past on the present.  President Barack Obama had a bust of Winston Churchill removed from the White House soon after his arrival in the oval office.  http://www.telegraph.co.uk/news/worldnews/barackobama/4623148/Barack-Obama-sends-bust-of-Winston-Churchill-on-its-way-back-to-Britain.html

Here are just  few of Commander Kelly's favorite quotes from the great man... 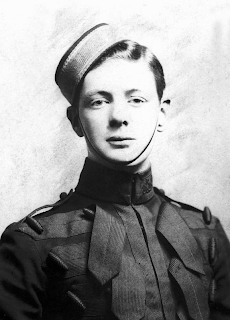 Nothing in life is so exhilarating as to be shot at without result.

Truth is incontrovertible. Panic may resent it, ignorance may deride it, malice may distort it, but there it is.

Lenin was sent into Russia by the Germans in the same way that you might send a phial containing a culture of typhoid or cholera to be poured into the water supply of a great city, and it worked with amazing accuracy.

No hour of life is lost that is spent in the saddle. 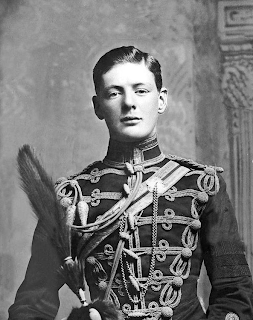 Thus I got into my bones the essential structure of the ordinary British sentence, which is a noble thing.

Where my reason, imagination or interest were not engaged, I would not or I could not learn.

You will make all kinds of mistakes; but as long as you are generous and true, and also fierce, you cannot hurt the world or even seriously distress her. 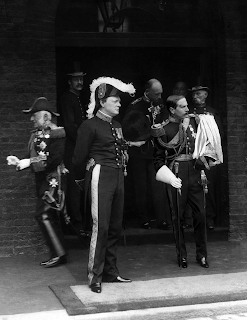 Never, never, never believe any war will be smooth and easy, or that anyone who embarks on the strange voyage can measure the tides and hurricanes he will encounter. The statesman who yields to war fever must realise that once the signal is given, he is no longer the master of policy but the slave of unforeseeable and uncontrollable events. Antiquated War Offices, weak, incompetent, or arrogant Commanders, untrustworthy allies, hostile neutrals, malignant Fortune, ugly surprises, awful miscalculations — all take their seats at the Council Board on the morrow of a declaration of war. Always remember, however sure you are that you could easily win, that there would not be a war if the other man did not think he also had a chance.

Dictators ride to and fro on tigers from which they dare not dismount. And the tigers are getting hungry. 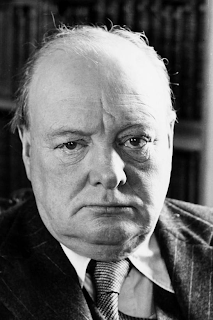 I would say to the House, as I said to those who have joined this Government: 'I have nothing to offer but blood, toil, tears, and sweat.' We have before us an ordeal of the most grievous kind. We have before us many, many long months of struggle and of suffering. You ask, what is our policy? I will say: It is to wage war, by sea, land and air, with all our might and with all the strength that God can give us: to wage war against a monstrous tyranny, never surpassed in the dark, lamentable catalogue of human crime. That is our policy. You ask, what is our aim? I can answer in one word: It is victory, victory at all costs, victory in spite of all terror, victory, however long and hard the road may be; for without victory, there is no survival.

It's not only the good boys who help to win wars. It is the sneaks and stinkers as well.

Upon this battle depends the survival of Christian civilization. Upon it depends our own British life and the long continuity of our institutions and our Empire. The whole fury and might of the enemy must very soon be turned on us now. Hitler knows that he will have to break us in this island or lose the war. If we can stand up to him, all Europe may be free and the life of the world may move forward into broad, sunlit uplands. But if we fail, then the whole world, including the United States, including all that we have known and cared for, will sink into the abyss of a new Dark Age, made more sinister, and perhaps more protracted, by the lights of perverted science. Let us therefore brace ourselves to our duties, and so bear ourselves that, if the British Empire and its Commonwealth last for a thousand years, men will still say, 'This was their finest hour.'

We are waiting for the long-promised invasion. So are the fishes.

These cruel, wanton, indiscriminate bombings of London are, of course, a part of Hitler’s invasion plans. He hopes, by killing large numbers of civilians, and women and children, that he will terrorise and cow the people of this mighty imperial city ... Little does he know the spirit of the British nation, or the tough fibre of the Londoners.

I have not become the King’s First Minister in order to preside over the liquidation of the British Empire. 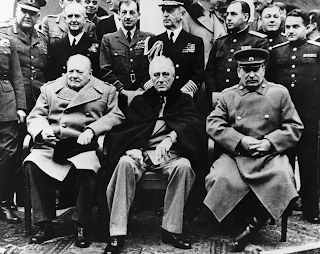 If Hitler invaded Hell, I would make at least a favorable reference to the devil in the House of Commons.

I have left the obvious, essential fact to this point, namely, that it is the Russian Armies who have done the main work in tearing the guts out of the German army (see earlier post, Moscow's 65th Anniversary Victory Day Parade, 3/2/12). In the air and on the oceans we could maintain our place, but there was no force in the world which could have been called into being, except after several more years, that would have been able to maul and break the German army unless it had been subjected to the terrible slaughter and manhandling that has fallen to it through the strength of the Russian Soviet Armies.

A shadow has fallen upon the scenes so lately lighted by the Allied victory…. From Stettin in the Baltic to Trieste in the Adriatic an iron curtain has descended across the Continent.

Socialism is the philosophy of failure, the creed of ignorance and the gospel of envy. 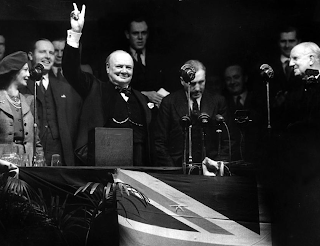 In War: Resolution. In Defeat: Defiance. In Victory: Magnanimity. In Peace: Good Will.

War is mainly a catalogue of blunders.

I felt as if I were walking with destiny, and that all my past life had been but a preparation for this hour and for this trial.

‘In war-time,’ I said, ‘truth is so precious she should always be attended by a bodyguard of lies.’  (See earlier post, Bletchley Park and the Judgement of History, 4/22/12)

An appeaser is one who feeds a crocodile — hoping it will eat him last.

To jaw-jaw is always better than to war-war. 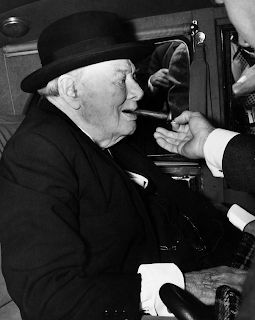 I have taken more out of alcohol than alcohol has taken out of me.

We are all worms. But I do believe I am a glow-worm.

I am ready to meet my Maker. Whether my Maker is prepared for the great ordeal of meeting me is another matter.

"You have enemies? Good.
That means you’ve stood up for something,
Sometime in your life."

awesomely inspiring piece of information,most inspiring. I had come to know about your blog from my friend ravi,vizag, I have read at least 7 posts of yours by now, and let me tell you, your website gives the best and the most interesting information. This is just the kind of information that I had been looking for, I'm already your RSS reader now and I would regularly watch out for the new posts, once again hats off to you! Thanks a ton once again, Regards, bob marley quotes

wonderful information, I had come to know about your blog from my friend nandu , hyderabad,i have read atleast 7 posts of yours by now, and let me tell you, your website gives the best and the most interesting information. This is just the kind of information that i had been looking for, i'm already your rss reader now and i would regularly watch out for the new posts, once again hats off to you! Thanks a ton once again, Regards, winnie the pooh quotes