Business Experience and the White House


When Governor Romney becomes President Romney next year, (I am sticking with my earlier prediction, see earlier post Paul Ryan and the Path to Victory, 8/11/12.  He is leading now in WI and FL according to the latest Rasmussen polls.) he will have more business experience than any previous occupant of the White House.

Commander Kelly asks, "Is having business experience a plus, a negative or neutral in terms of being a good American President?" 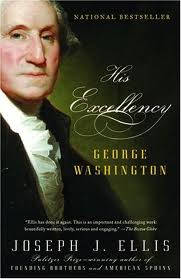 George Washington was a land surveyor.  This was excellent training for becoming a general -- getting the lay of the land before battle.  Being a land surveyor meant that Washington also gained significant commercial experience.  He provided a valuable service to others.    Washington also became a significant real estate entrepreneur.  Joseph Ellis writes, "Washington's most grandiose western venture, called the Mississippi Land Company, was launched in 1763, the very year of George III's proclamation.  Fifty investors requested proprietary control over 2.5 million acres on both sides of the Ohio River."  (His Excellency: George Washington, Joseph Ellis, 2004, www.amzn.com/1400032539).

Ellis continues, "Several biographers have looked upon this extended episode of land acquisitions as an unseemly and perhaps uncharacteristic display of personal avarice, mostly because they are judging Washington against his later and legendary reputation for self-denial, or against some modern guilt-driven standard for treatment of Native Americans.  In fact, Washington's avid pursuit of acreage, like his attitude toward slavery, was rather typical of Virginia's planter class.  He was simply more diligent in his quest than most."  These business experiences helped him to become our first President and one of our best.

Harry Truman had commercial experience of another kind.  He ran a Haberdashery in downtown Kansas City.  The business went bankrupt during the recession of 1921.  Nevertheless, Truman carried away lessons from this experience that he would apply to his Presidency.  Truman faced enormous challenges in his time.  He had to bring World War II to a successful conclusion.  He had to deal with bringing 10+ million servicemen back to the US without triggering massive unemployment and avert a second depression.  He had to deal with an obstreperous Stalin, a devastated Europe and the start of the Cold War.  Truman's experience as a failed businessman perhaps influenced him in deciding to support the tremendously influential GI bill.  Truman was remarkably successful in rising to these challenges partly because of his experience as a businessman.

Ronald Reagan was not a business titan.  He was, however, an actor.  He earned the respect of his peers and became the head of the Screen Actors Guild (SAG).  As the leader of the SAG he was  required to negotiate with the Hollywood studios on behalf of his union, not an easy task.  He gained much practical business experience by doing so (see Peggy Noonan's When Character was King).   Reagan gained further business experience as a spokesman for General Electric during the 1950's.  These formative experiences in business helped Reagan to become a successful President.

Business people tend to be pragmatic.  They understand the importance of hiring good talented people who can get the job done, regardless of religion, ethnicity, ideology or party affiliation.  Both Washington and Reagan were particularly good as talent spotters (Alexander Hamilton and Colin Powell are two respective examples).  See earlier post, George Washington in London?, 2/8/12.

Finally, business people recognize that they did build their businesses, typically in spite of government rather than because of it.

Calvin Coolidge, a very under-rated President who presided over a period of peace and prosperity said, "The business of America is business".

Commander Kelly says, "I would submit that history demonstrates that business experience is a significant advantage for any candidate for the White House; its complete absence is, on the other hand, a liability."

Posted by Commander Kelly at 11:00 AM

Start following our signals right now and gain up to 270% per day.