My sister Katie was born in 1953 to Clinton Elliot and Nina Van Rensselaer.  Nina subsequently divorced and married my father Robert Kelly in Sacramento, California.  My dad adopted Katie (and my brother Clinton) at the time of his marriage to Nina which followed a whirlwind romance in Cuba and Mexico City.  Katie, born in New York, grew up as a California girl in sultry Sacramento where she loved to swim, ride horses and dance. 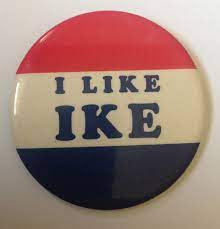 Katie had been born into the sunnier days of the Eisenhower administration.  Life was a bit easier and simpler back then.  They were more worried about catching "cooties" than deadly viruses.  Hula hoops were a bigger thing than Social Media.  Everybody liked Ike.  And Katie was very likable too.  Everybody liked Katie. 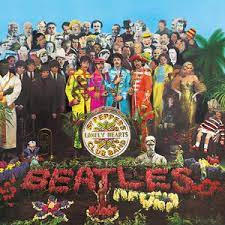 In 1960s California Katie grew to be a free spirit.  Perhaps even hippie.  She wore granny glasses and plastic mini skirts.  She love the Beattles and especially Sergeant Pepper's Lonely Hearts Club band.  She graduated from San Dominico school near San Francisco which is going strong to this day (https://www.sandomenico.org).  She thought that many of the nuns were cool -- one of the coolest wore a superman T-shirt underneath her habit!

She attended the University of New Mexico in Albuquerque where she learned, among other things, how to make awesome Huevos Rancheros.  She served them with warm flour tortillas and ice cold Dos Equis beer.

Our family loved to travel.  Our mother Nina had attended the Sorbonne and, during the Korean War, my father had served as a Private First Class in the US Army based in Verdun, France.  Our parents were serious about food and wine.  One summer in the 1960s my dad bought a VW bug and drove through Europe.  That was long before the European Union when borders meant something.  My parents were nervous about having their considerable stash of wine confiscated or taxed by the customs authorities who loomed at every border crossing.  There were five of us in a VW bug with 3 kids crammed in the back seat and several cases of wine in the diminutive trunk.  The bottles of burgundy and champagne clinked and rattled together as we bumped along the European countryside.  We made up a silly song: "Please Mr. Customs Man, Don't check our underwear too closely".  We thought that it was hysterically funny anyway...those were happy times!

In 1970 our family slipped behind the Iron Curtain, visiting Leningrad in the Soviet Union.  We saw the Tsar's grand Palace and fabulous gardens.  We went to a performance of Swan Lake (Katie loved ballet and modern dance).  We returned via train from Leningrad to Helsinki Finland.  On the train journey a Soviet submarine captain very nearly assaulted Katie -- a cute blonde American teenager at the time.  My father had to literally pull him off of her.  Katie's miniskirt was apparently too much of a temptation for the drunken sea captain.  Despite my father's ignorance of Russian, he had a conversation with the Soviet skipper and somehow managed to learn that his crew was dying of radiation poisoning.  Perhaps these and other events helped to solidify my sister's growing feminism.

Katie was the granddaughter of Georgina Van Rensselaer of Bedford New York.  She was the great granddaughter of Thomas Tileston Wells who wrote An Adventure in 1914 (www.anadventurein1914.com).  Georgina once told Katie that she combined "beauty, brains and breeding"!  Georgina and Katie and Nina shared a lifelong love of birds and nature.

Katie met James Heath while both were working in Alaska at the Mount McKinley Park Hotel.  Jimmy was a lanky Montanan.  They fell in love and later married. Jimmy would instruct Katie in the joys of elk hunting and the beauty of Big Sky country.  They had three boys together...Schuyler, Sloane and Chance.  Katie was vociferously pro-choice; she was also a terrific loving mom to her three boys.

Katie was not entirely satisfied with her life as a homemaker in Montana.  She longed to build a business as our father Robert had done.  Katie got her chance creating a successful and pioneering Yoga business in Missoula Montana.  Her business acumen proved to be a blessing for her community where she was unfailingly generous.

When our aged mother Nina Van Rensselaer was ill (stroke, breast cancer, broken leg, dementia, etc.) it was Katie who took care of her.  Katie was a devoted daughter to the end.

Katie faced her final illness (brain cancer) with fortitude and courage.  In April 2021 I biked the 237 miles of the Katy Trail across the state of Missouri (https://bikekatytrail.com) in her honor -- I sent her many photos of birds and flowers.  Broke three ribs on the final day when I fell off my bike!  Katie Heath died at her much-loved home in Missoula Montana in July 2021.  She was a loving sister who (God Bless Her!) was a regular reader of this blog.  I shall miss her terribly. 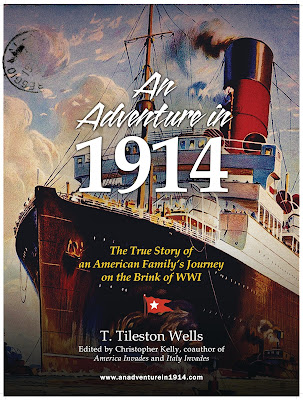 Posted by Commander Kelly at 2:03 PM