Those of us who enjoy History and are stuck at home during this wretched pandemic would do well to check out the British miniseries Foyle's War (www.amzn.com/B011T0C7DW).  This detective series ran for nine seasons from 2002 until 2015 on ITV.  The series was created by the husband and wife team of Anthony Horowitz (Writer) and Jill Green (Executive Producer).  It features outstanding performances from Michael Kitchen (DCS Foyle), Honeysuckle Weeks (Samantha Stewart) and Anthony Howell (Sgt. Paul Milner).  Another highlight are the series' excellent cameo appearances from Charles Dance (GOT) to John Mahoney's (Fraser's Dad) final television role.

The mystery elements are cleverly plotted in the finest British tradition.  The 90 minute length of each episode allows for added complexity and density.  These are essentially 28 mini-movies on crime in Southeastern England.   Most are set with the ferocious backdrop of World War II.  Millions are being killed around the globe but someone still needs to worry about Colonel Mustard dead in his library in Hastings.  Enter DCS Foyle.  The final two seasons feature plots drawn from the Cold War.

But it is the unfailing respect for the past that I find so attractive about this series.  The visual attention to accurate detail is evident in the brilliantly arranged locations, costuming, grooming, cars, planes and sets.  This is a stylish and rewarding WW2 series. 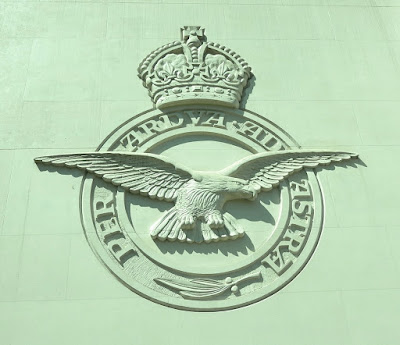 Anthony Horowitz is a prolific author who wrote most of the screenplays for Foyle's War.  His plots are all drawn from real historic events that took place from 1940 to 1947.  Like Patrick O'Brian, he relied upon sound research rather than imagination.  The series begins in 1940 with the imminent prospect of a cross channel German invasion codenamed "Seelöwe" ("Sealion").  Fear and even paranoia have gripped seaside communities such as Hastings.  The Home Guard is not sitcom fodder (Dad's Army) but rather the first line of defense against Hitler's planned blitzkrieg against Britain.  Foyle's son, Andrew (played by Julian Ovenden) is a dashing RAF Spitfire pilot. -- one of "the Few" to whom so much is owed. 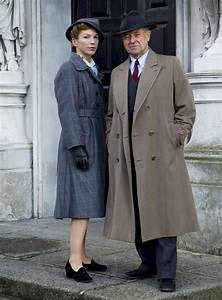 Other plots involve actual historic incidents such as the debacle at Slapton Sands in Devon where on April 27, 1944, American soldiers from the 4th Division were rehearsing D-Day landing plans.  They were interrupted by torpedoes launched by German E-boats.  Hundreds were killed and the incident was hushed up the tragedy due to intelligence concerns regarding the upcoming Normandy plans.

The grim reality and tawdriness of wartime Britain is unflinchingly depicted in the series.  Ration coupons and the trade in black market goods are a constant presence right into the Cold War era.  World War II was clearly a catalyst for the birth of Feminism and Civil Rights.  These themes are explored in episodes featuring British versions of "Rosie the Riveter" and racial tensions in a segregated US Army base in England.

An episode loosely based on the SS massacre of American prisoners at Malmedy is featured in a later episode.  This incident, which took place during the Battle of the Bulge in December 1944, is moved for dramatic purposes into the earlier Normandy campaign.

Horowitz gets high marks for cliché avoidance.  Christopher Foyle does NOT have an affair with his lovely driver played by the charming Honeysuckle Weeks.  Though, of course, Eisenhower did have a wartime  affair with Kay Summersby his beautiful Anglo-Irish chauffeur.  Everyone with a German accent is NOT guilty.  And so on.

Foyle's War is an extended History lesson about WW2 and Cold War that draws on meticulous research.  Terry Charman, a curator for the Imperial War Museum, served as an advisor throughout the series.   But this is no dry dessicated History lesson!  Each episode is a neatly plotted mystery which Foyle solves with coolness and sangfroid.  Foyle's War brings History to life.

From a British perspective, Americans were late to join both World Wars.  Personally, I have been late to appreciate Foyle's War which began in 2002.  Commander Kelly gives Foyle's War 5 stars and recommends it as the perfect pandemic binge option. Posted by Commander Kelly at 7:00 PM

Great review of a super show. I watched a few episodes awhile back, will make this my next binge.