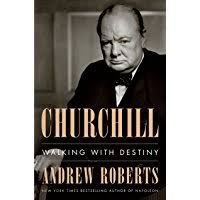 Andrew Roberts' latest work, Churchill: Walking with Destiny (www.amzn.com/1101980990), is a monumental biography on Winston Churchill.  Just when you thought everything possible had been exhausted on the subject along comes Roberts with a host of new sources on Churchill, new insights on the man who is considered to be the greatest Briton of all time; all delivered with the masterful grace we have come to expect from Andrew Roberts.

We live in an age that loves to tear down and devour its heroes.  Churchill, due his larger than life stature, has been subject to many conspiratorial attacks for many years.  He allowed Coventry to be bombarded even though he knew about it to protect the Ultra secret.  He, along with FDR, sold out the interests of the West at Yalta.  Even the Washington Post has published editorials alleging that Churchill was a mass murderer who "caused" the 1943 Punjabi famine (www.washingtonpost.com/news/global-opinions/wp/2018/03/10/in-winston-churchill-hollywood-rewards-a-mass-murderer/?noredirect=on&utm_term=.b6c6ba91dd6f).  Roberts demolishes all of these and much more "Fake History" that surrounds the figure of Winston Churchill.

If, however, you are seeking a mere hagiography of Churchill then Roberts book is bound to disappoint.  Churchill's many public policy mistakes are laid out fully in this new biography -- the Gallipoli campaign, return the the gold standard, opposition to dominion status for India, unwavering support for Edward VIII are just a few.  Nor are Churchill's personal shortcomings neglected.  Churchill had a lifelong infatuation with his pretty rotten father.  He could be excessively loyal to some of his cronies.  He had virtually no party loyalty crossing the aisle multiple times (a weakness and a strength).  He did have undeniably racist attitudes and did, pretty much, worship the British Empire.  He was a man of his time -- a Victorian who lived to see the Beatles.

In a sense Churchill needed to get many things wrong in order to get the most important things right.  Churchill was always an independent minded thinker who was willing to voice unpleasant truths regardless of the consequences.  In the 1930s he warned of the rise of Adolph Hitler and the rearmament of Germany when much of his nation was embracing a dishonorable pacifism.  In 1940, rather than offering consolation, he told the British people that they could expect "blood, sweat and tears" in the war that threatened to engulf their island.  At Fulton, Missouri in 1946 he raised a political firestorm when he told the world that "from Stettin in the Baltic to Trieste in the Adriatic and iron curtain has descended cross the Continent."


As an American reader I particularly enjoyed Roberts' illuminating discussion of Churchill's complex and evolving relationship with the United States of America.  His mother, Jenny Jerome, was American.  After World War I Churchill had an extensive anti-American period.  Churchill grew to love FDR but did not attend his funeral.  Churchill and Eisenhower worked closely together but Churchill had grave reservations about Ike's strategic ability.  Churchill was more willing than Eisenhower to trade Allied casualties for political gain (e.g. capturing Berlin).  Churchill's strategic instincts were usually excellent making him the ideal wartime prime minister and a principle architect of Allied victory in WW2. Churchill sensibly resisted Stalin's call for a cross channel invasion in 1942 and 1943 -- a concept that undoubtedly save many Allied lives.

At the end of the day, many myths are peeled away and it is Churchill's humanity and good humor that shine forth from Roberts' new biography.  Churchill was eminently quotable and Robert offers many examples of the man's extraordinary wit. It is difficult to argue Roberts' conclusion that the battles this great and greatly flawed man won "saved liberty". 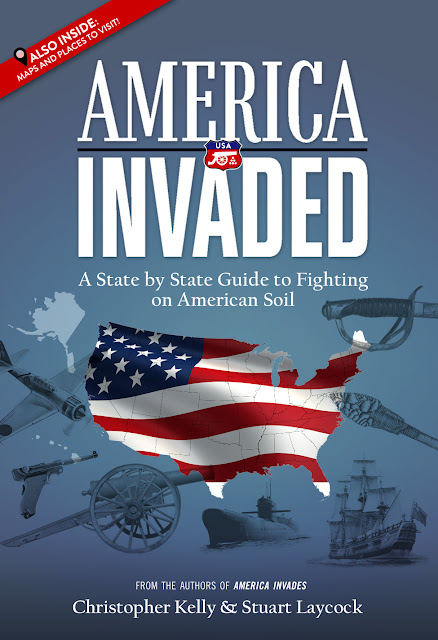