The National World War I Museum in Kansas City, MO (www.theworldwar.org) is an absolute gem for anyone with with the slightest interest in history.  It is a fantastic place to visit in order to gain a better appreciation of the the causes and effects of the Great War that claimed the lives of over 17 million lives. 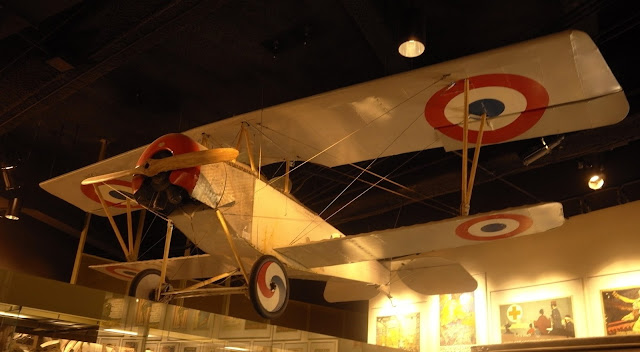 Why is it important to remember the Great War?  World War I has many tragic and vital lessons to teach us in the 21st Century. 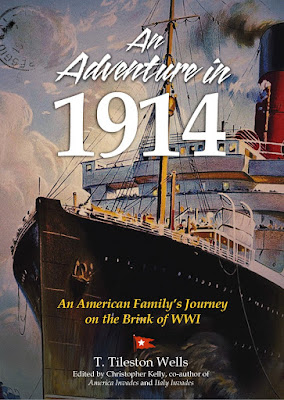 In An Adventure in 1914 I described World War I as the "Original Sin of the 20th Century" and went on to write...

"The First World War was the costliest in Western history up to that point (exceeded perhaps only by the Taiping Rebellion in China, which may have cost twenty to thirty million deaths from 1850–1864). It was the original catastrophe of the twentieth century that sowed the seeds for future tragedies. The war shattered the stability of much of the world and destroyed four empires: Austro-Hungarian, German, Ottoman, and Russian. The Bolshevik Revolution in Russia would have bloody consequences for the remainder of the twentieth century. The bitter peace of Versailles would lay the groundwork for World War II. France’s Marshal Ferdinand Foch proved to be a modern Cassandra when he declared, 'This is not peace. It is an armistice for twenty years.'"

A visitor to the top of the World War I Memorial will also gain a splendid view of Kansas City.

An Adventure in 1914 is a memoir of Thomas Tileston Wells who stumbled onto the start of the World War I as he journeyed through Europe with his family in the summer of 1914.  Wells was briefly arrested by Austrian authorities, accused on being a Russian spy and threatened with immediate execution.  Fortunately, he managed to talk his way out of this ordeal.

You can order copies of An Adventure in 1914 here...www.anadventurein1914.com

Posted by Commander Kelly at 7:40 AM