Columbus and the Cannibals


I enjoyed my recent interview with William Campbell in a podcast (See...http://bit.ly/1OPM5pn).  William brought up the curious connection between Christopher Columbus and cannibalism.  So I did a little research...

Christopher Columbus has certainly become a lightning rod for criticism in recent years.  Jack Forbes, a Native American historian, wrote a book titled Columbus and other Cannibals (www.amzn.com/1583227814, http://nativenewsonline.net/currents/author-argues-columbus-cannibalism-extends-modern-times/).  In this revisionist polemic Forbes wrote, "I will argue that we can compare the commemoration of Columbus with the doings of the neo-Nazis organizations in Europe and the Americas, groups which commemorate the great dates of Hitler’s regime."

I would submit that the conflation of Christopher Columbus and Hitler is a crime against history resting on a great distortion.  An old rule of debating is "the first to bring up Hitler automatically loses!  Native Americans did experience a devastating decrease in population after Columbus but this was almost entirely due to the spread of infectious diseases for which they lacked immunities.  It is a grotesque mistake to accuse Columbus of every crime perpetrated by every European who followed in his wake.  The Columbian exchange that followed his voyages of discovery may have introduced chocolate and tobacco to Europe but that hardly makes Columbus responsible for all cases of teenage acne or lung cancer.

The historic Columbus was neither angel nor devil.  He was a man who transformed our world (http://americanconservativeinlondon.blogspot.co.uk/2015/10/two-columbus-myths.html).

The word "Cannibal" is, as Campbell noted, derived directly from Columbus.  Some have argued that accusations of cannibalism were trumped up by Columbus to justify the enslavement of indigenous people.  Some (including anthropologist William Arens) have even gone so far as to suggest that all cannibalism is myth (http://people.howstuffworks.com/cannibalism5.htm).  But Captain Cook's widow would surely have disagreed!  So too the relatives of those American soldiers whose body parts were devoured by some fanatic Japanese soldiers in WW2 as detailed in Flyboys (www.amzn.com/031610728X). 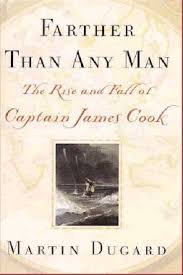 Martin Durgard, a biographer of Captain Cook, wrote, "Cannibal comes from Canibal, the people-eating tribe Christopher Columbus discovered after arriving in the West Indies.  Ironically, the practice has existed worldwide since the beginning of recorded time.  Herodotus, Marco Polo, and other writers of history described cannibalistic rituals in their work.  From India to South America to Europe, cannibalism was practiced either for religious, wartime, spiritual, or medical reasons.  Generally, the practice revolved around the belief that dead body still had power.  Eating the body transferred that power to the diner."  (Source: Farther Than Any Man, p 114, Martin Durgard, 2002, www.amzn.com/0743400690)

The historical record suggests that Columbus really DID find evidence of cannibalism in the New World.  Neil Whitehead wrote in Carib Cannibalism: The Historical Evidence, "A close reading of the sources strongly indicates the evidence of cannibalistic practices among the Caribs, as well as other Amerindians."  (http://www.persee.fr/doc/jsa_0037-9174_1984_num_70_1_2239).

History is too often used as a crude axe to bludgeon ideological opponents.

Today nearly every college age student in America will tell you that they "want to make a difference" with their lives.  Yet many are also now sadly taught to despise Columbus -- a man who surely did make a difference in our world.

Special thanks to William Campbell of Challenging Opinions for bringing this issue to my attention (http://challengingopinions.com/author/williamcampbell/).


"Are you suggesting we should eat my mother?"

Columbus was an "Italian Invader"! 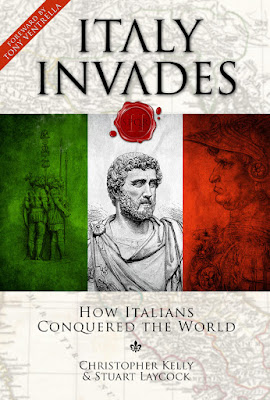 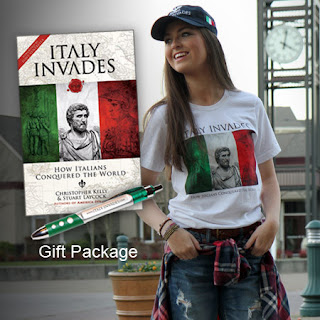 
Posted by Commander Kelly at 3:29 AM