My ancestor was an American invader who led an invasion of territory that would later become Canada.  Stephen Van Rensselaer III (1764 - 1839) served as a major-general in the New York militia during the War of 1812.  He attended Princeton but graduated from Harvard. 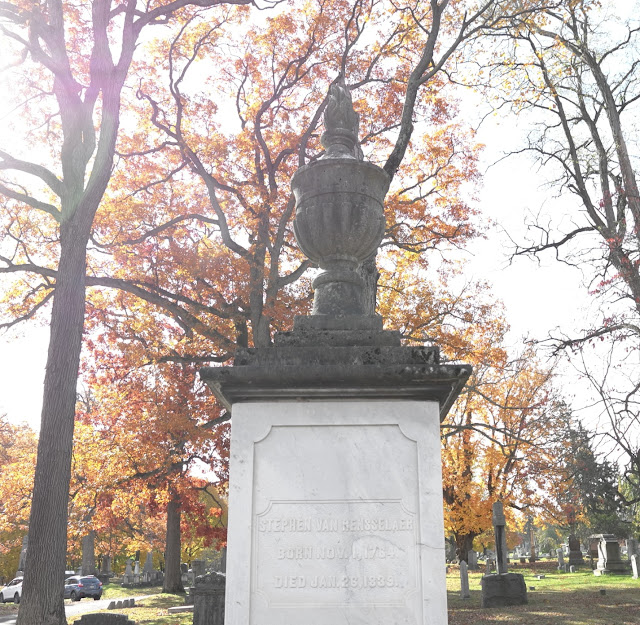 We had this to say in America Invades, "During the War of 1812, the hapless Stephen Van Rensselaer III (yet another ancestor of Chris’s), led the New York militia in an invasion of Canada at the Battle of Queenston in October 1812. Historian George Daughan, in 1812: The Navy’s War (Basic Books, 2011), wrote, “Van Rensselaer, as he had throughout the battle, stayed on the New York side of the river away from the fighting.”
A total of only 286,730 Americans served during the War of 1812 which lasted from 1812 until 1815.  This is far fewer that the over 16 million Americans that served during World War II or over eight million during Vietnam.  This puts Stephen Van Rensselaer into a pretty select club.

You will find the grave of Stephen Van Rensselaer in the Albany Rural Cemetery (http://albanyruralcemetery.org/) in New York state.  This sprawling cemetery is also the final resting place of President Chester A. Arthur.


You can purchase your copy of America Invades here...www.americainvades.com
or on Amazon...www.amzn.com/1940598427

Posted by Commander Kelly at 5:19 PM