Manfred Von Richthofen (http://en.wikipedia.org/wiki/Manfred_von_Richthofen) was "The Red Baron".  He published a book The Red Air Fighter (Der Rote Kampfflieger www.amzn.com/1844152081) in Germany in 1917 while the First World War was still raging.  Richthofen was the head of the Flying circus Jagdegeschwader Nr. 1.  He was the greatest flying ace of the war, downing 80 enemy aircraft before he was killed on April 21st 1918 over the Somme valley.  He had managed to land his red Fokker Dr1 Triplane, but he had been shot and killed by a single bullet, likely fired by allied ground forces;  He was twenty five years old.

The Red Air Fighter, though heavily censored by the Kaiser's government, contains many interesting details about the life of the Great War's greatest flying ace.

World War I was a family affair for the Richthofens.  His younger brother Lothar, who survived the war, also flew in the Flying circus and won the Ordre Pour Le Merite as well.  His cousin, Wolfram Freiherr von Richthofen, served in the German infantry in the Great War, but later rose to become a General Field Marshall in Hitler's Luftwaffe during the Second World War.  Manfred's sister Ilse nursed the wounded during the war.

Richthofen was born into an aristocratic land owning German family in Breslau (now Poland).  His father served as a cavalryman in the 12th regiment of Uhlans.  Manfred was an indifferent student - "I did just enough work to pass".  He loved hunting, football and gymnastics.  He joined the cavalry and became an officer in 1912.

Reading Richthofen's book reminds one of his essential boyishness.  He writes about the first time he was ever in an airplane, "The houses seemed to come out of a child's toy box.  Everything seemed pretty.  Cologne was in the background,  The cathedral looked like a little toy."  Later Manfred even takes his dog 'Moritz' up on a flight with him, "Once I even took him up with me.  He was my first observer.  He behaved very sensibly.  He seemed much interested in everything, and looked at the world from above,  Only my mechanics were dissatisfied when they had to clean the machine.  Afterwards Moritz was very merry."

The night before the outbreak of the First World war in August 1914 Manfred writes that he and his fellow officers "were eating oysters, drinking champagne and gambling a little.  We were very merry.  No one thought of war." (Somehow, you had a feeling there might be oysters!)

Soon after the start of the war though, Von Richthofen develops a startling callousness.  He writes, "I heard that the inhabitants (of Arlon, France, Commander Kelly) had behaved very treacherously several days previously towards our cavalry, and later on towards our ambulances.  It had been found necessary to place quite a number of these gentlemen against the wall."

Von Richthofen apprenticed with the German ace Oswald Boelcke.  "Everything that Boelcke told us was to us gospel truth.  During the last few days he had, as he said, shot for breakfast every day one or two Englishmen," Von Richthofen writes.  He once asked his mentor Boelcke how he was such a successful fighter pilot.  Boelcke replied, "Well it is quite simple.  I fly close to my man, aim well and then of course he falls down."  On October 28, 1916 Boelcke's plane collided with another German plane and he himself "fell down."  Richtofen reflected, "Nothing happens without God's will.  That is the only consolation we can put to our soul during this war."

On September 17, 1916 Von Richthofen shot down his first enemy plane.  He writes, "My Englishman twisted and turned, flying in zig-zags.  I did not think for a moment that the hostile squadron contained other Englishmen who conceivably might come to the aid of their comrades.  I was animated by a single thought: 'The man in front of me must come down, whatever happens.'  At last a favorable moment arrived.  My opponent had apparently lost sight of me.  Instead of twisting and turning he flew straight along.  In a fraction of a second I was at his back with my excellent machine.  I gave a short burst of shots with my machine-gun.  I had gone so close that I was afraid I might dash into the Englishman.  Suddenly I nearly yelled with joy, for the propeller of the enemy machine had stopped turning.  Hurrah!  I had shot his engine to pieces; the enemy was compelled to land, for it was swinging curiously to and fro.  Probably something had happened to the pilot.  The observer was no longer visible.  His machine-gun was apparently deserted.  Obviously I had hit the observer, and he had fallen from his seat."

Von Richthofen admired his English opponents and disdained those of France.  He wrote, "Everything depends on whether we have for opponents those French tricksters or those daring fellows the English. I prefer the English...The French have a different character.  They like to set traps and to attack their opponents unawares.  That cannot be done easily in the air.  Only a beginner can be caught, and one cannot set traps, because an aeroplane cannot hide itself.  The invisible aeroplane has not yet been discovered.  sometimes, however, the Gallic blood asserts itself.  Then Frenchmen will then attack.  But the French attacking spirit is like bottled lemonade.  It lacks tenacity.  In Englishmen, on the other hand, one notices that they are of Germanic blood.  Sportsmen easily take to flying, but Englishmen see in flying nothing but a sport...Therefore, the blood of English pilots will have to flow in streams."

About his fellow Germans Von Richthofen wrote, "In my opinion the aggressive spirit is everything, and that spirit is very strong in us Germans.  Hence we shall always retain the domination of the air."  Two World Wars in the 20th century would tend to confirm Richthofen's notion of a "strong aggressive spirit" in the hearts of many German people.

Von Richthofen took pride in being a sportsman and not a butcher, unlike his brother Lothar who, he tells us, "was differently constituted".  On a leave from the front, he boasts of having shot a rare European bison on the estate of the Prince von Pless.

In the very last chapter of The Red Air Fighter Manfred playfully speculates about the future of aviation.  He writes, "I think things will come to this, that we shall be able to buy a flying suit for half a crown.  On the one end there is a little engine and a little air screw.  One sticks one's arms into the planes and one's legs into the tail.  Then one does a few leaps in order to start, and one goes up into the air like a bird...Besides Giant aeroplanes and little chaser machines, there are innumerable other types of flying machine, and they are of all sizes.  Inventiveness has not yet come to an end.  Who can tell what machine we shall employ a year hence to perforate the atmosphere?"

In the appendix of my edition of Manfred's book (published in English as The Red Baron www.amzn.com/1844152081) there is a poignant list compiled by editor Norman Franks of the 80 allied aircraft he shot down.  There was, for example, an engagement which took place "on February 1, 1917 between the Red Baron and a BE2d on a photo-reconnaissance operation to Thelus, piloted by Lt. P.W. Murray from Durham, England (died of wounds) and observer Lt. T.D. McRae, Canadian (died of wounds).  Forced down inside German lines and destroyed by shell fire twenty minutes later". This information helps us to understand why so many allied pilots and air crew were moved, perhaps, to utter the phrase, "Curse you, Red Baron!"

Commander Kelly says, "While Manfred Von Richthofen was surely an exceptional pilot, his tragedy was the universal story of callow youth caught up, buffeted about and ultimately drowned in the maelstrom of total war." 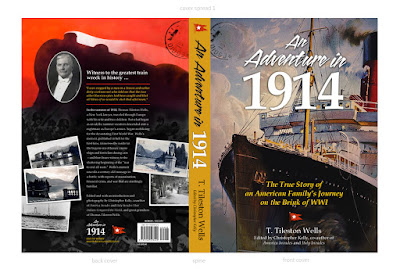 Thank you for your interesting and informative blog. I have enjoyed reading it and appreciate the work you have put into it. Here is some relevant information for you to review .
Toy Machine Guns